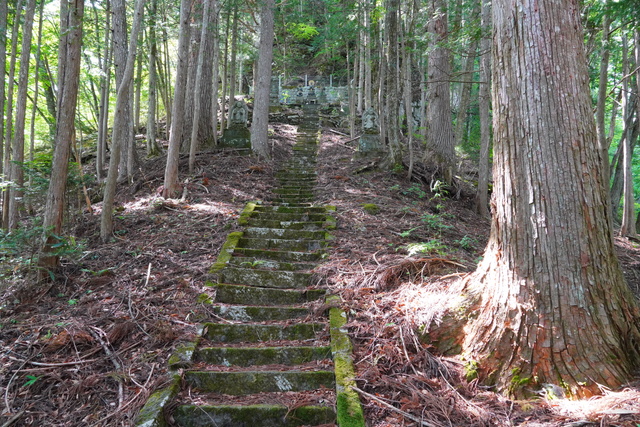 Ontake Kodo is the ancient pilgrimage roads to the sacred Mt.Ontake(is Japan’s second tallest volcano).
In the Edo period, the old roads were built by two monks who promoted the worship of Ontake.
Adherents still climb the old roads in the white pilgrim clothing.
Waterfalls in the dense forest have a great significance for them.
They had never climbed the sacred mountain without for 75 or 100 days of strict spiritual training by meditating under a waterfall.